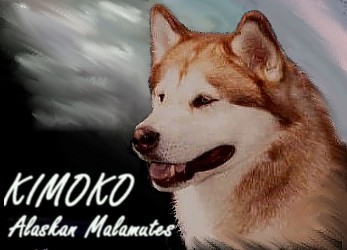 The dog in my photos is: BISS/AKC/SKC CH Tanunak's Dakota Chief CGC; my wonderful and beloved Dakota. In his honor, I will primarily own and breed reds here.

The name is derived from my first three RL malamutes, Kira, Mookie and Koty. I'm returning to the game after a long absence. Thank you to my RL friend Majesticmals for helping me restart. I am very pleased to see that ALL of the dogs I purchased actually go back to my original Kimoko or Golden Oaks kennels (thru HWK and ITW). That is very satisfying to see my original line is a foundation for the breed still active.

This sketch is my personal artwork, please do not copy. Thank you Gaylan Studios for your help.